So how do you put a little fun into a world obsessed with bowel movements, pain management, hallucinations, and insomnia? Add to that the parent-child dynamic and we are talking crazy fun! Actually thinking fast and always looking for the answer that allows your parent to maintain their dignity is the way to go. And humor opened those doors for me.

How about “the talk” with your parents? Bringing up the subject of adult diapers. Or as I refer to them—Disposable Underwear. I NEVER used the word diaper. My mom had some leakage problems and she didn’t know it. Every time she sat on the couch I held my breath. You can only flip the cushions the one time, right? Anyway, my mom had terrible balance and used a walker. She was terrified of falling and dreaded getting up to use the toilet. She decided that she wouldn’t drink so much water and then she wouldn’t have to get up and pee so much. You know where I’m going—then she became dehydrated and developed bladder infections and it got uglier from there.

I learned that folks who wore disposable underwear had fewer falls because they weren’t in such a hurry to get to the toilet. Mom liked that idea. I framed the Depends as a way to minimize her worry about falling – I never brought up the issue of wetting the furniture. She felt better—I felt A LOT better and from that day forward she wore disposable underwear and we never had to discuss it again.

I addressed the problem in a dignified way designed to solve the she was worried about. Whenever I was successful in solving caregiving challenges it was when I approached things from her point of view and not mine.

But isn’t that true for everyone and everything?

8 thoughts on “The Dreaded Diaper Talk” 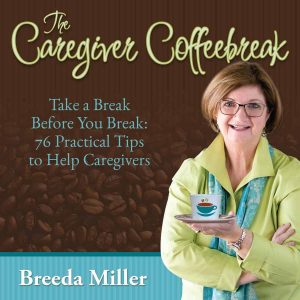