I got the dreaded Jury Duty summons a few months ago. I've received these lovely invitations before but had never actually been called to serve. This time would be different.

The first thing I would like to suggest is that a quick measure of a person's character may be how they react when you tell them you have jury duty. I was appalled at the responses a few people quickly felt compelled to share - some provided condolences but a few thought their slick (and unethical) strategies to avoid this civic responsibility were just what I needed to know.  I instead packed a little bag of waiting supplies, a book, a magazine, a few snacks and bottle of water. I was ready for the long haul. Given how busy I have been, the idea of a forced period of quiet and no "devices" actually seemed appealing.

I entered the courthouse at the appointed hour and found a seat in the jury holding area. HGTV was on the big screen and a little Property Brothers in the morning is refreshing. I thought - this might not be so bad after all as I settled in to wait.  My day of self-indulgence was cut short when the bailiff entered and began announcing details to the waiting crowd (about 100) about the situation. Apparently, they had the unusual (for this court) need to seat two juries at the same time - two defendants in the same criminal trial.  They needed 28 jurors and the trial would begin after lunch. In sheep-like fashion, we followed the bailiff to the benches in the courtroom to begin the selection process. I was the second to last juror chosen and was named Juror #8 on the green jury. The other team was the blue jury. The trial was a bit sordid - but then again, this was a criminal trial, so what did I expect?

Our "green jury" was comprised of a first-grade teacher, a woman who recently lost 200 pounds, a no-filter opinionated but very funny senior lady, two stay at home moms, a college student, a ZZ top retiree look alike, and an assortment of business people. One fellow was very eager to be the foreman and we were all happy to oblige. I think he was thinking it would look good on his resume. We all got along quite well, for the most part. Except for that time when the first-grade teacher used her "teacher voice" a bit too harshly and offended the woman who had recently lost 200 pounds. It was awkward.

The trial itself was an interesting experience in the minutiae of the law and how the victim, the defendants and all the witnesses with the exception of the gas station employee and the sheriff were totally lacking in credibility and we didn't believe anybody's version of what had occurred. If you've seen the movie I, Tonya - these folks could easily have been cast in that movie, except I don't believe they were ice skaters.

After two days of testimony and painful descriptions of a bizarre situation - both sides rested their case. Now it was our turn to decide the fate of our defendant (the mother) the other jury had to deliberate about the daughter's case. Each jury had different charges to consider but both had heard the same evidence and testimonies of the various witnesses. This is when it got interesting.

After five hours of deliberating and voting, talking and asking for clarification from the judge - we had a decision on one count and were at an impasse on the other count. We asked the judge if that would constitute a complete mistrial or if the agreed upon verdict would stand alone. Two notes of interest: The bailiff had said that if we didn't reach a verdict by lunchtime, they would order in, but not to get too excited because it was just from the coffee shop downstairs and it wasn't very good. She also told us that it would add an extra 90 minutes to our day because they weren't very quick in the coffee shop. It's nearly 1 pm and we are stuck with an 11 to one vote. The lone holdout just wouldn't budge on this one count. His issue was a technical point in the statute and he was holding his ground. The judge invited us all back into the courtroom (the defendants and all the lawyers) to ask about the situation. He asked the foreman if we were at a deadlock and the foreman responded that we were. Then the judge asked if the foreman thought there was any chance we could come to decision? The foreman responded, that yes, he thought we could come to a resolution. The rest of the jury looked at each other with more than a bit of surprise because it was the enthusiastic jury foreman who was the lone holdout in the vote! He was the only one who could have answered the judge honestly about what was the likelihood of a verdict. And he said he thought we could do it. So we were ushered back into the jury room and we all looked at him and asked what would help him make this decision? After about five minutes of further discussion, he raised both hands and said, OK he was willing to vote and we reached a verdict.

I think he was just really enjoying his moment in the spotlight and wanted to extend his time as Jury Foreman as long as possible. That and the opportunity for the coffee shop lunch.

We never know what motivates others to act or react in any given situation. I am sure the defendants regret their actions on that day in May that caused them to be sitting in this courtroom, their future in the hands of 12 Cranky Citizens. Actually, that's not a true statement. We weren't cranky - except for the no filter opinionated but very funny senior lady. We were citizens and we were called upon to serve. It was a privilege. 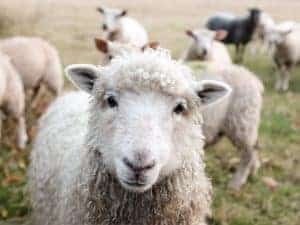 “I looked around the room and everybody was so intent on listening to her, taking in ideas on how to take care of themselves. … If you’re looking for a speaker, I highly recommend Breeda!”

"Breeda's thoughtful approach to caregiving is both practical and uplifting. Her presentation has the potential to improve the lives of caregivers and those requiring care."
– K. Musolf, M.D., University of Michigan, Family Practice

"Breeda is authentic, genuine. She is knowledgeable, compassionate, and entertaining. Her presentation is human and humane, funny and often touching. Breeda can inspire a confidence and resolve that we are able to act life-affirming even during the most difficult of life's transitions."
– J. Crispin, family caregiver

"I really enjoyed Breeda's presentation. She took a potentially 'depressing' topic and injected it with humor. It seems there is always something that can be done to bring a positive to a situation. She was delightful."
– Conference participant, Mid America Institute on Aging, Southern Indiana University

"I loved your humor, your stories, your solutions to problems. I wish your program was longer."
– Family caregiver

"Breeda has a beautiful resonant voice—it's such a pleasure to listen to her speak."
– K. Kurtz, Director, Fundraising Events, University of Michigan

"What a wonderful presentation. Breeda gave us a glimpse of this with some light humor, that was so very needed for some in the audience, whom were knee-deep in caregiving."
– Julie Boyd, M.A., L.P.C., Huron counseling Services, LLC

"It's not what I have been through in my life that defines who I am, it's how I got through it that has made me the person I am today."
www.livelifehappy.com